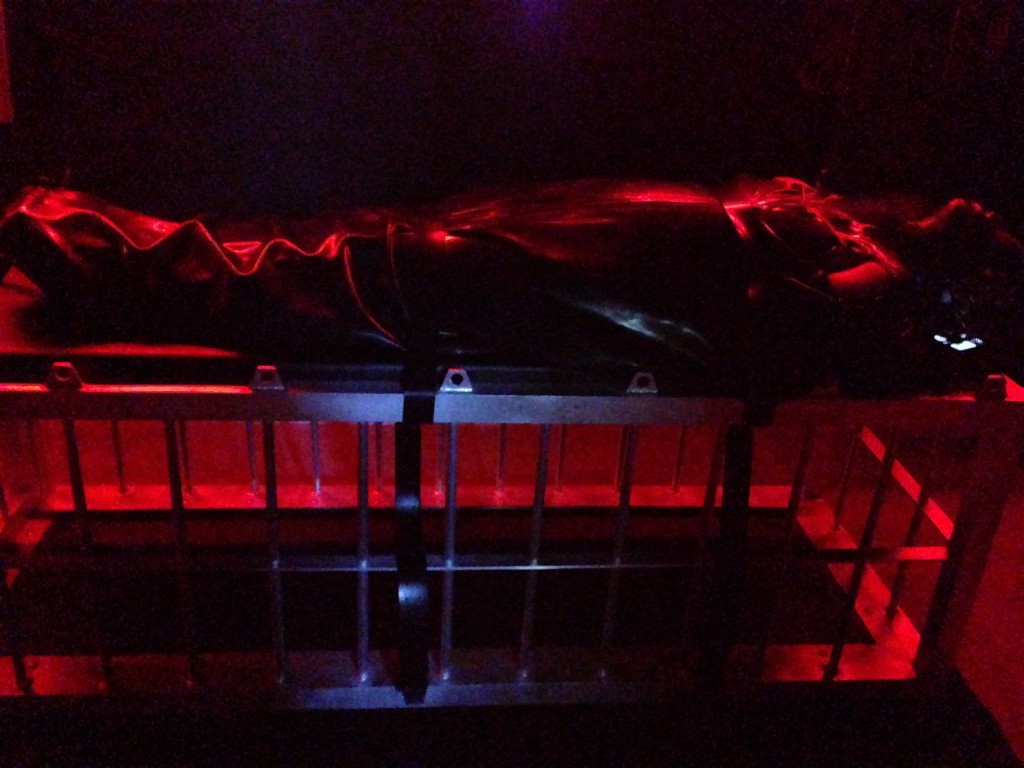 He stared at me thoughtfully, everyone is aware that those I ‘recreate’ are subject to auction, enslavement and sale to cover the cost of their treatment; but I didn’t feel this man was suited for the auction block. Sure, he’d fetch a good price, an extraordinary one perhaps, but he could just as well find a place within my own stable, offering a lifetime of service and work…sure that was enough to justify the cost of his appointment.

Protocol being what it was, I gestured to my assistant who took him switly by the arm and led him to down hall to the back of my office. She had already called for transport to the auction when he checked in earlier, they’d be expecting him and I’m never one to leave an audience waiting – or decline an opportunity to show off my hard work.

The auction house was packed, though that was not unusual for this time of day. Eager and excited faces of voracious Femme Dommes filled in row after row in a sea of adrenaline fueled spectators. The gleam of the single stage light magnified central podium in the midst of everyone’s attention. It was a small stage, a flat circular pillar of wood elevated only a modest 3 feet from the ground; just enough to give everyone a glimpse of the presentation, but not enough to give the impression we might ever put a slave on a pedestal.

I took my seat in the front of the house as he was led to the stage. All eyes glued to him, my perfect rubber creation. The shine of the latex was stunning, accentuating his every motion and  subconsciously tickling the fetishistic nature of my fellow Dominas.

Not all property I’ve brought to the house have been so breathtaking and thoroughly adorned; his nervousness was perfectly concealed behind the thick rubber mask, giving him a fearless and determined impression. Perhaps he was fearless, none of them ever were, but I knew how bad he wanted to be here – to be owned and to please.

The sale began swiftly as the impatient Alpha’s started throwing their numbers to the auctioneer. Within less than a minute a fierce bidding war had ensured, tempers and passions fully flared as the women attempted to financially topple one another for the right to claim such a prize.

My pet seemed so taken by the spectacle that he began to amuse the audience, kneeling and demonstrating a few practiced service poses. I glared to my assistant as the women’s enthusiasm roared louder….she shrugged, assuring me that she never offered him help or instruction. His poses accentuated his muscular features, looking very appropriate on all fours, showing off a spectacular and study human chair pose. The numbers rose higher and higher, fueling his little stage show to greater forms of creativity. He tugged and flicked on the visible nipple clamps, showing off how quickly he could grown and lose his erection – all while maintaining composure and silence.

From the corner of my eye, I saw my very bold assistant lose the last semblance of control as her bid paddle waved high in the air, throwing her hat into the ring. I was shocked, this was a first for her and while I was proud – I felt a very obvious pang of jealousy wash over me; she couldn’t have him – none of these women can!!! He would be mine to train and torture, no one elses.

All of us rose to our feet as the final seconds ticked away and with the slam of the gavel, I had won my own auction. The room fell into a stunned silence as I approached the stage, personally collecting my servant by his rigid posture collar and dragged him down the aisle. He stumbled gracelessly behind me, struggling to regain composure while keeping up my pace.  The open door of my towncar was waiting to receive us. Instead, I saw it more fit to show him (and the gawking ladies from the auction) that while he was a prized slave, he was still a slave – and now he was mine. I popped the trunk and thrust him inside, slipping a pair of handcuffs from my purse, I locked them painfully around his wrists.

“Antics like you just demonstrated on stage are for the pleasure of your Mistress only – you are not an attraction for staring spectators. Though, if you like to be an attraction – perhaps you will be trained as such.” I chastised before closing the trunk door. There was acid in my voice, even my assistant looked horrified by the possibility of what I meant “to train him as an attraction.”

“Drive him to my home and lock him in the isolation cell.” I will deal with both of you later.

I strutted back to the main hall, all eyes remained on me as the crowed stood in stunned silence. There was a clear undertone of cruelty as I made my announcement…

“Ladies and gentlemen,  consider yourselves my welcome guests this evening. At 7pm sharp I will be opening up my home, dungeon and grounds for a celebratory dinner and debauchery gathering. My newest slave will be available to any and all who wish to enjoy him – in any manner they so choose”. I smiled turning my back to the frenzy that ensued.

Surely, if my new slave wanted to be a spectacle, I would give him an entire evening to enjoy such demanded attention…