Loading...
Skip to content
So….you all asked for it, we delivered!
What happens in a 4 on 1 Dom scene featuring a slew of amazing talent and some deeply predatory tops? Well, as one can imagine, nothing that’s impossible and everything is allowed.
One of my most enjoyable kinky playmates indulged us in the scene of a lifetime, and being the amazing person that he is, he both lived to tell the store and eloquently share a bit of it with all of you in a way that I never could.
Here’s hoping you enjoy his commentary as much as I do. 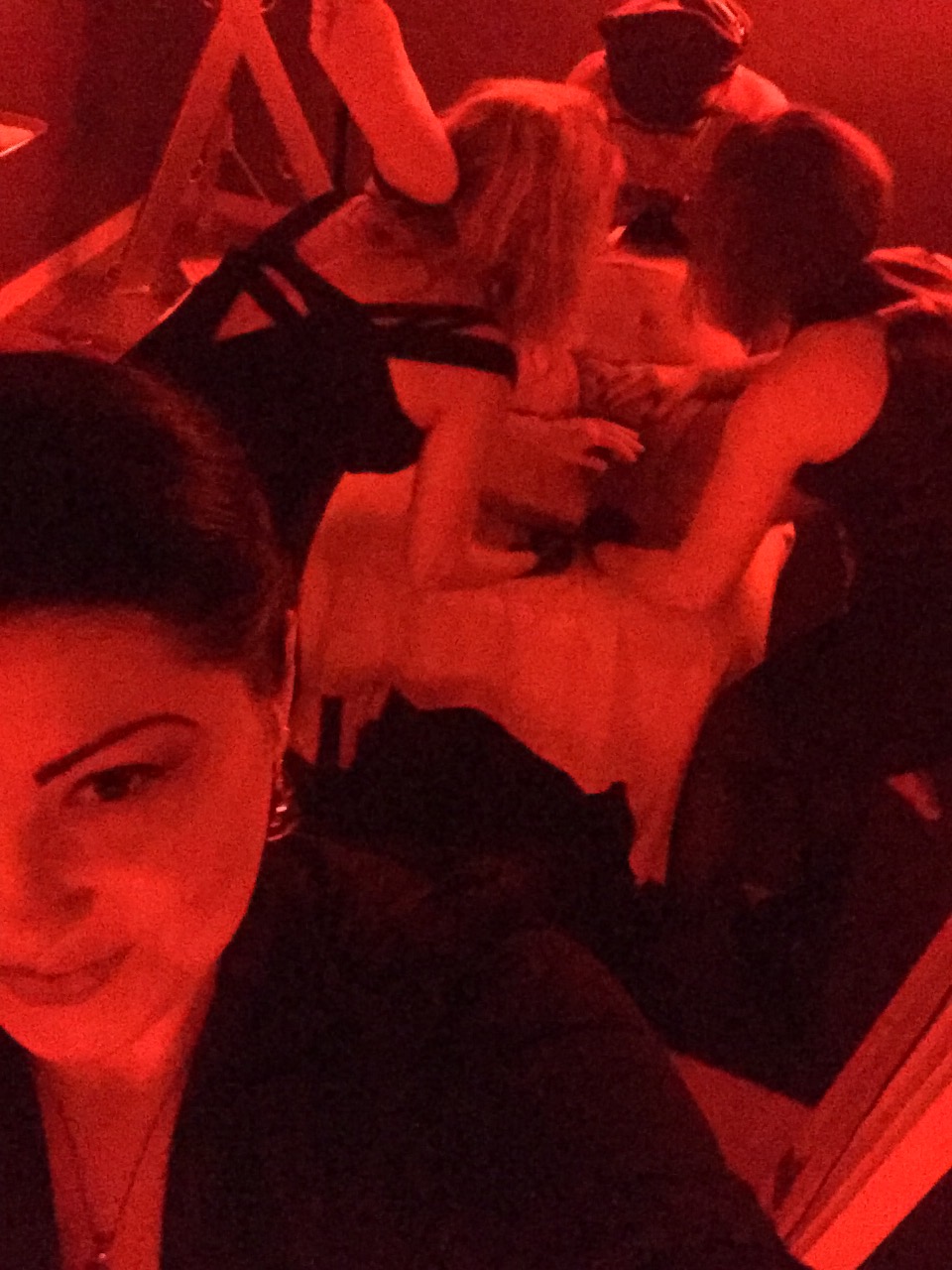 Original Link: https://www.tnaboard.com/showthread.php?1026551-Demo-Auction-with-Victoria-Rage-Mistress-Matisse-Lorelei-Rivers-Jessie-Sparkles-and ?
Service Type: Fetish
Incall/Outcall: Incall
Gender: Female
Body type: Curvy
Accurate Pics?: Better in Person
Name: Victoria Rage
Phone Number: (206)795-4188
Email: victoria.rage@yahoo.com
Website:http://victoriarage.com/
Ad Link:https://www.tnaboard.com/showthread.php?1023961-((New-Photos))-Exceptionally-Erotic-Experienced-amp-amp-amp-Eclectic-Domina-Victoria-Rage-((11am-11pm))
Affiliation: Independent
Date of Meeting: 02/01/2016
Recommended?: Hell Yes!
The setup:
————–
Victoria Rage recently, as what I thought was a passing jest, suggested an intense scene, and I, in the spirit of things, immediately volunteered as tribute, either as the scene’s victim, or as a supervising medic for the poor fellow stupid/brave enough to end up in the scene.

Well, be careful what you say… She took me up on it, as she wasn’t kidding. Just over a week later, I found myself knocking at her dungeon door, wondering WTF I had done… 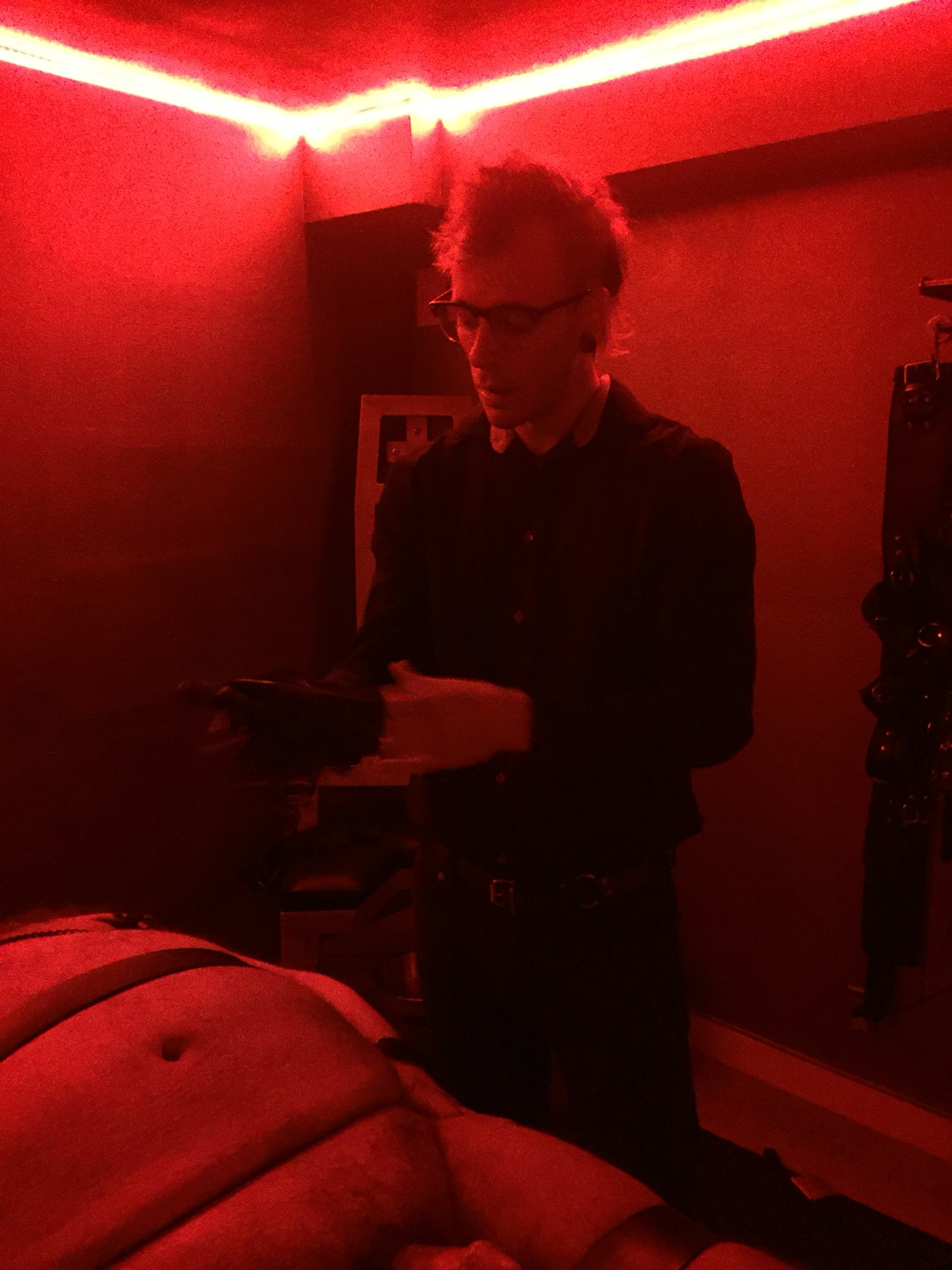 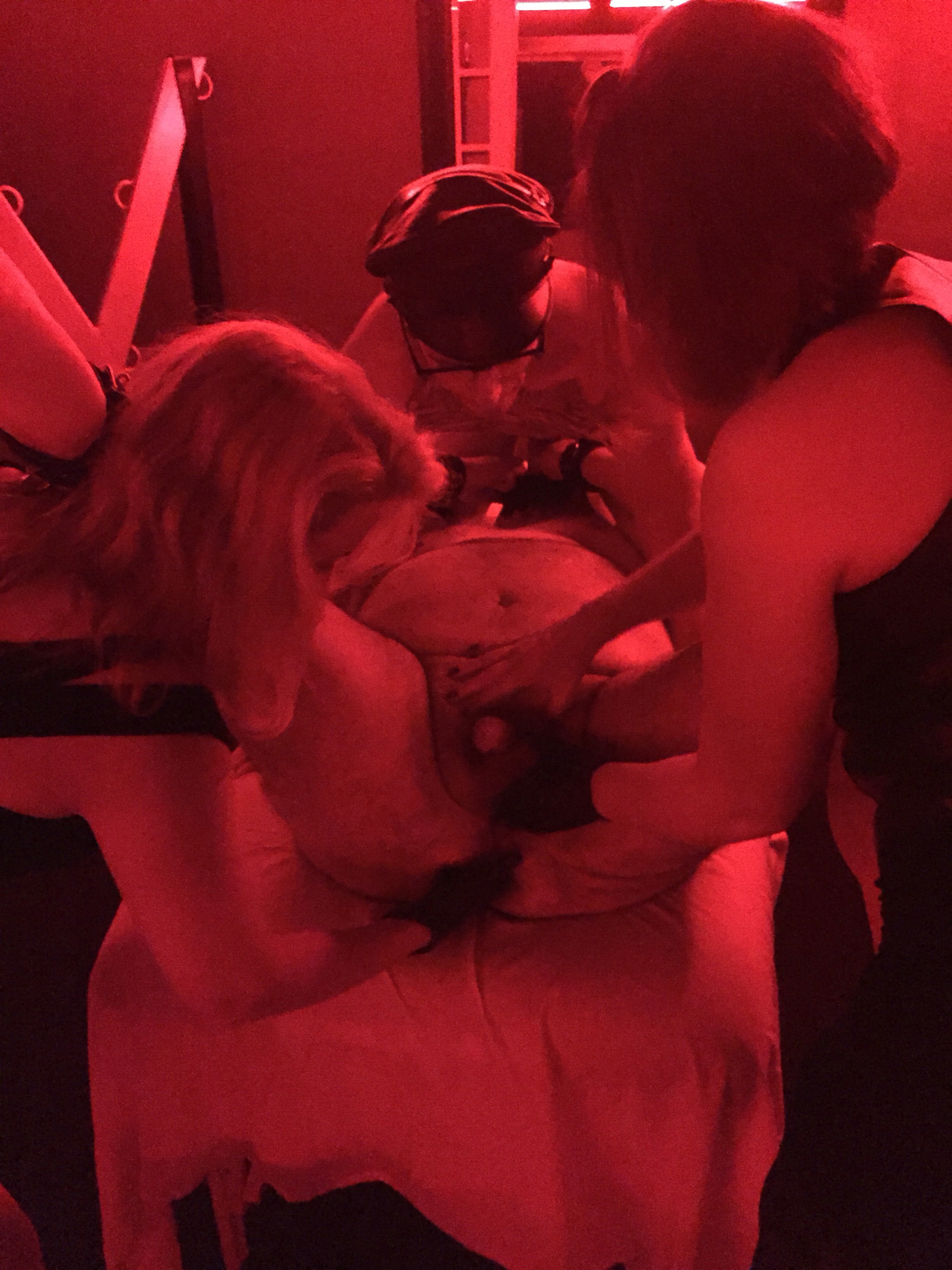 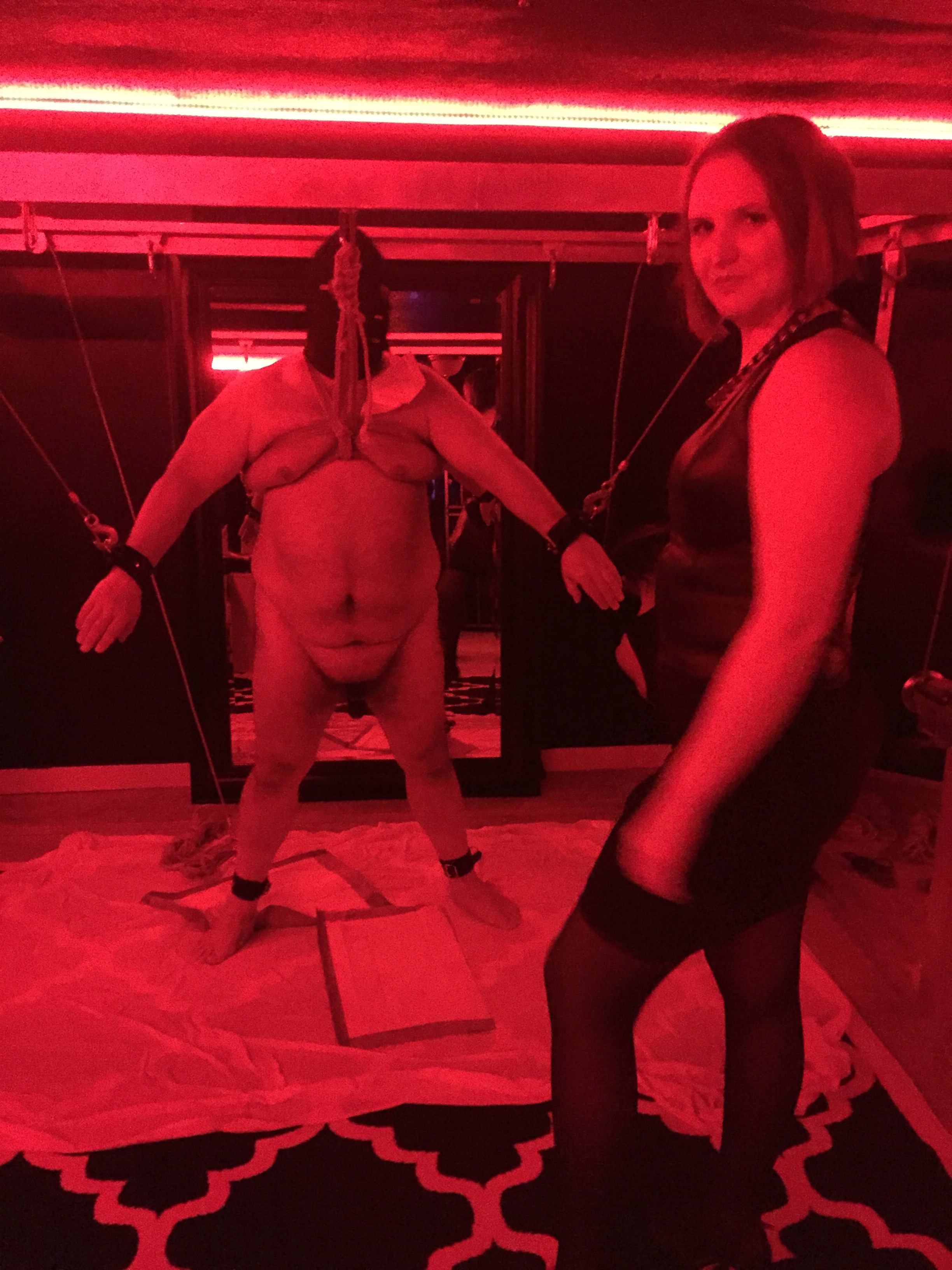 The scene:
—————
I entered, and greeted Victoria and Jessie Sparkles ( http://www.jessiesparklesxxx.com/ ). I really didn’t have many details on our plans going into this, so I just went with the flow and the improv/roller-coaster ride began.

They started out with what *seemed* to be a fun, sensual, scientific-researchy medical scene, but in short order I found myself in a very compromising position, and being demonstrated to a live-streamed audience of some of Seattle’s finest pro-BDSM and lifestyle players.

And the bidding began…

A few hours into the demonstration/bidding process, Lorelei Rivers ( http://missloreleirivers.com/ ) arrived to inspect me in person. Shortly thereafter, Mistress Matisse (http://www.mistressmatisse.com/ ) also swept into the scene, wanting to experiment face-to-face.

The next hours are a total blur to me, as Victoria Rage, Jessie, Lorelei, and Matisse worked on determining my strengths, weaknesses, and potential suitability for their various later nefarious plans. All the while the bidding continued, and test suggestions from the remote bidders were submitted…

When it was all over at the end of the day, I staggered out the door with just enough humanity remaining to safely operate a motor vehicle 🙂

I am quite curious to see who purchased me for a day or more of my services, to be delivered later in the month, and what will come of that… 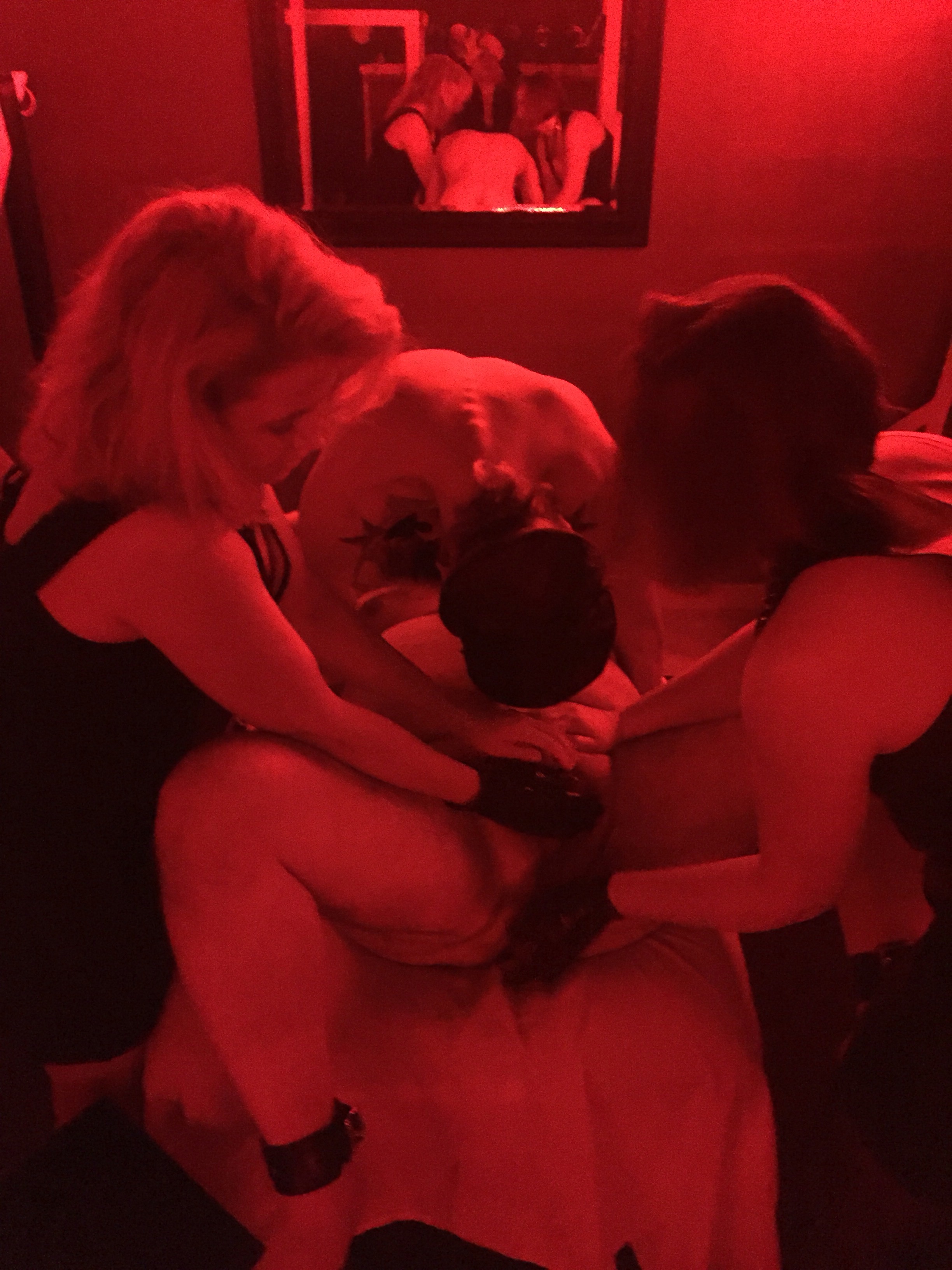 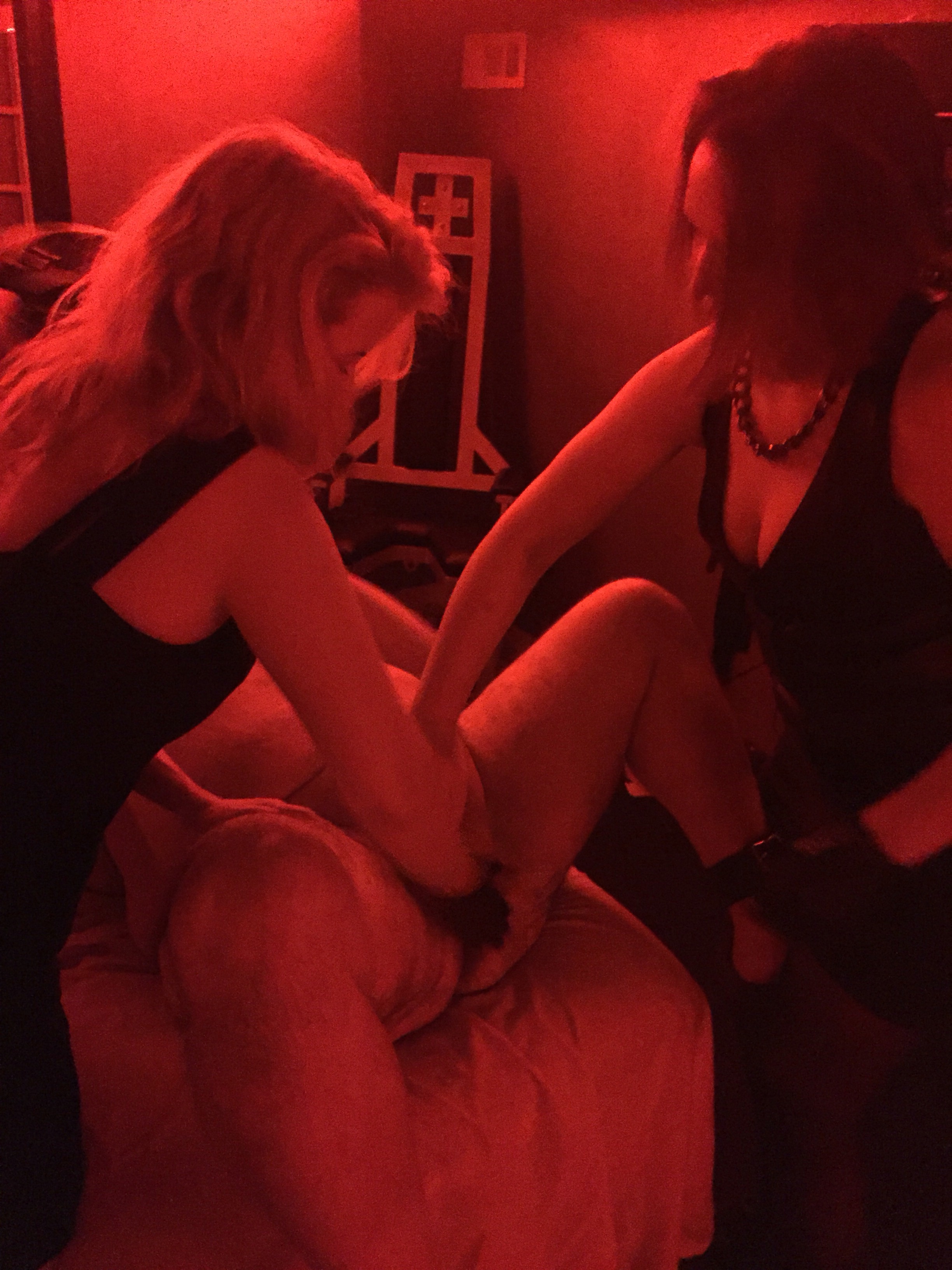 Observations/comments:
———————————-
Victoria Rage continues to raise the bar of what I thought was even possible. I do some pretty insane stuff in my personal and professional life, and it is a delight to play with someone who can go even further. My great appreciation goes to her for realizing fantasies I sometimes didn’t even know I had 🙂

She also continues to revise and expand her dungeon. The world-class gear she provided to make some of the activities possible amazed us all, frankly.

The various participants were all skilled and experience, very careful and attentive to safety, and empathic/intuitive enough to produce quite astounding results. And all four of them worked *very* well together, producing more of a well-oiled small-ensemble effect than a bunch of soloists trying to seize the stage. (*)

I admit it was difficult at times to stay completely in character, as we all were having such a good time, and there was much laughter and good-spirited energy 🙂

To sum up: for an experience well beyond the expected or scripted, don’t hesitate to ask Victoria, or any of the other fine people involved in this particular adventure.

(*) On edit: I arrived with a nasty injury on part of my body from an HAZMAT accident just the day before, which I was worried would preclude much fun. Victoria and Jessie very ably fabricated protective gear to isolate the problem areas and allow us to proceed nearly-unimpeded.

2 thoughts on “New Review: 4 Doms , 1 Bottom and a Devious Afternoon!”